The five-bedroom Steiner Ranch house features everything from a hair-washing station to a theatre room.

BY MAURI ELBEL at Austin Monthly

When Kim and Tom Hartman moved to Austin almost a decade ago, they found plenty of houses they liked, but not a single home that would suit their family.

“We have two children who have autism, and their needs are very different,” says Kim of their son, now 17, and daughter, now 19. “We ultimately determined that we needed to build a sensory-driven home because we couldn’t find anything that could meet all of our needs.”

After an extensive interview process with multiple builders, the Hartmans found Kelly Wunsch of Capital Construction Company, who helped them build a home that improved the way they lived and provided them with a newfound sense of freedom. “When it came to finding a builder, trust was the No. 1 priority for us because we were going to ask for some unconventional things,” Kim says. “We knew he would bring our vision to life to create our destination home, knowing that our children may be living with us for many years to come.”

Throughout the building process of their five-bedroom, four-and-a-half-bathroom house, which is a four-star- rated green home designed by Barley Pfeiffer Architecture, Wunsch not only understood the concepts that the Hartmans brought forth, but he was able to elaborate on them.

In the laundry room, the builder had the idea of converting a typical utility sink into a hair-washing station complete with a reclining chair to accommodate sensory head massages and grooming. For the Hartmans’ son, who can have difficulties at traditional movie theatres, there’s an indoor theatre room. Their daughter, who loves to be outside but can’t always tolerate direct sunlight, enjoys sitting out on the screened porch or adjacent covered porch. 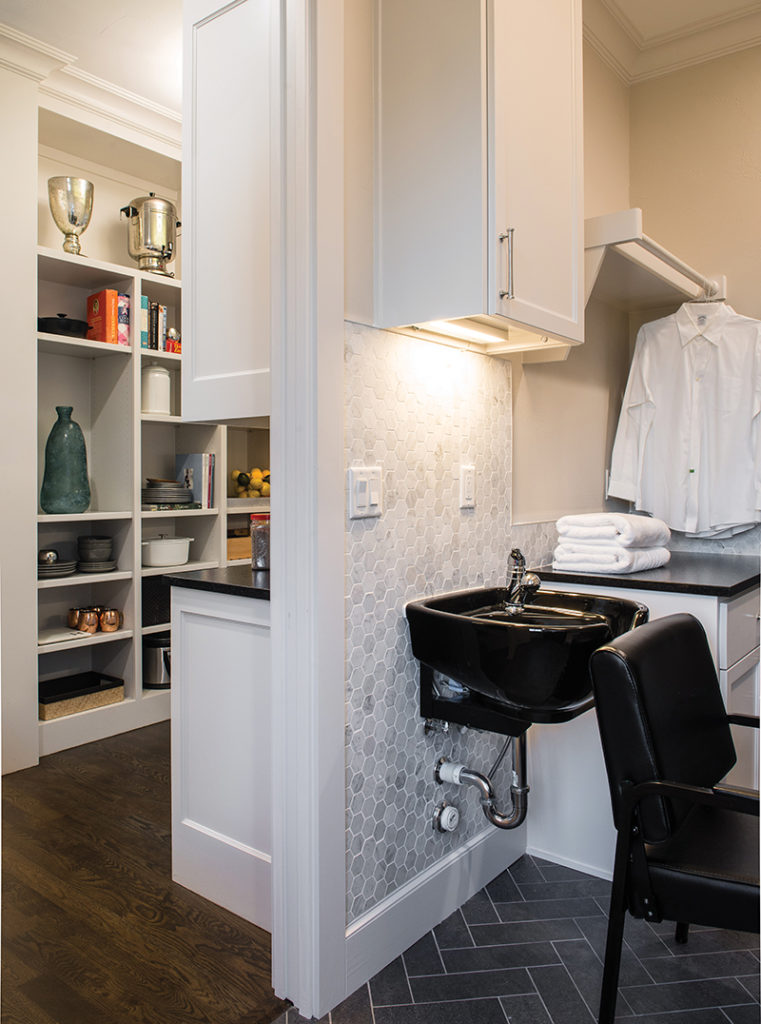 Prior to moving to Austin, the Hartmans lived in Washington, D.C., and Michigan, so they wanted their new home to have a combination of the best features from each house. Wunsch was able to replicate everything from the ebony-stained white oak hardwood floors and dark wood ceiling beams to the wainscoting on the walls and handcrafted wood features found in the older homes, which helped ease the transition of another move for the kids.

Acoustics and light throughout the home are sensory-driven, preventing noise from traveling from one space to the next and filling the home with natural light without any direct beams or glare. Everything about the design—from the open-concept pantry in the kitchen that accommodates grab-and-go food for the children to the large swimming pool and spa where they can swim freely in the privacy of their own home—has made life more comfortable for the Hartmans.

“It’s not so much that each individual space is all that unique, but together, it really does check all the boxes for the kids,” Wunsch says.

The children have full reign of the upstairs with their own individual full bedroom suites while the flow of the downstairs allows Kim and Tom to be readily available to the kids while creating private sensory destinations for them.

“I’ve never lived in a house where I’ve been able to stand in the kitchen and see every single room in the downstairs,” Kim says, “This house will always be a part of our family’s fabric.”