The Origin of Energy Efficiency and Green for Buildings Written By Peter Pfeiffer, FAIA 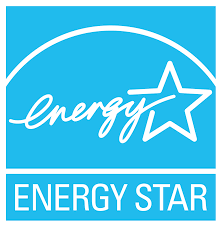 It was the early 1980’s when a group of UT Architecture and Engineering grads challenged Austin Energy on their assertions that the citizens of Austin needed to fund the building of a new power plant to meet anticipated growth and demand.  Austin Energy had proposed participation for Austin in a regional Nuclear Power Plant. The group of graduates from UT’s Architecture School – Energy Studies program floated the concept of the “Conservation Power Plant” to the Austin City Council. The idea was picked up and supported by Councilman Roger Duncan.  It is hard to get back to a clear version of the truth and some say that Roger was the “author” of the concept and encouraged the young students to “go for it”.

So, “Austin Energy Star” was created to push through enough energy conservation codes and incentives to negate the need for participating in the nuclear power plant Houston and San Antonio were building in South Texas. The program was named after Austin being the capitol of the Lone Star Republic. This concept of “demand side management” became a wild success. Managing consumption of electricity and gas was a new concept that made business and economic sense. This concept was expanded and later applied to Austin’s water issues.

The ideas were flexible and powerful. Bulk waste was choking the City of Austin landfills. Research showed that almost half of the bulk trash came from the tearing down and re-building of houses and buildings. To get the building community to close ranks and adopt additional approaches, the concepts were expanded yet again and applied to the need for minimizing construction / renovation waste.  This was a new concept in the early 1990’s. As a result, the Austin Energy Star Program was renamed after the emerging concept of “green” and became the Austin Green Building Program.

This is the story of the beginnings of what set the stage for an international movement that exploded worldwide. Years later, Austin Green Building was duly recognized for this at the 1988 International Earth Summit in Rio de Janeiro. As Austin’s Energy Star program’s success was catching on, those in Washington at the Department of Energy, negotiated with Austin to use the program’s name – hence the term “Energy Star” went national.  The City of Austin never charged for that name transfer. The City of Austin’s program has had incredible impact nationally  and worldwide – and these early roots of energy efficiency and green are important to remember.

My point of writing this is to share this good story because many don’t know it – AND MORE IMPORTANTLY – to encourage the mentorship of the next generation of energy and better-building leaders, to pick up as many of us are now retiring.  Let us keep this legacy going and growing!   I hope to see you soon at International Builders Show, at the national AIA convention, and/or at Ron and Sara’s next Green Building summit.